:
Bethel Church, Redding, Responds to Western Wildfires
7 Reasons America Is Pinpointed in Bible Prophecy
Phil Robertson: Join Me in the Fight to Maintain the King's Capitalism
Can You Name the 7 Basics of Effective Evangelism?
Historic Gathering on National Mall Seen by Millions Around the World as President Trump Issues Proclamation of the Day 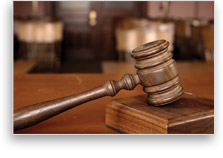 What makes a nation great? Its military forces or its growing economy? Great natural resources or an industrious people? All of those certainly contribute to the greatness that nations strive for. But the Bible shows us a different perspective. It's a fascinating national concept found buried in Deuteronomy 4:6-8, which proves the greatness of a nation is directly related to the righteousness of its laws and rules.

As our nation began, our laws were made in recognition of God. Even though a number of our founding fathers were not active Christians, they all had a respect for the laws of God and literally based the new nation's laws upon what they considered divine law. God blessed their decision, and greatness was achieved.

Over the years the making and understanding of law has drifted from that strong godly perspective. Increasingly, lawmakers are looking to other nations or cultural trends for guidelines in laws. It could be argued that our greatness as a nation is drifting with that trend. It's time to begin praying for a return to laws that have their basis in God's Word.

Father, when I read the founding documents of our nation, I give thanks to You for the wisdom given to the men who wrote them. They clearly tried to base their writing on Your revelation. Would You pour out that wisdom on those who are currently in leadership in our nation? We have been drifting from Your Word, and our laws are increasingly in opposition to Your revealed will. Turn us, Lord. Line our laws up with Your word so that we might once again achieve greatness as a nation because we reflect what You desire.